When I first visited Tamarindo on a camping trip in the mid-70s I felt an attraction to constantly want to return and did so with multiple visits. I can’t really put my finger on exactly what it is; the surf, the beach, the fishing, the people or maybe the remoteness (back then). Whatever it is I was hooked, so much so that I returned to stay in the early ‘80s, bought some land, built a business, a home, and have been here since, loving it.
Read more

As I follow up on the urban growth of the city of San José and surrounding areas in our central valley and study about the urban phenomena going on there, I can’t avoid comparing it to what I experience day-to-day in the community I live in. For twenty-three years, I lived in that city. Now it has been nine years since I moved to the lovely province of Guanacaste and I have built my home and I am raising my children here. I feel more and more untied to the hectic ways of the city.

The culturally diverse beach town of Tamarindo is full of all kinds of fun amenities. It is visited yearly by thousands of tourist from all over the world and, in many cases, they arrive through the Liberia International Airport, which is just under an easy hour drive away. Beautiful beaches are found all up and down the coast and Tamarindo’s beach is no exception. Many come here to simply enjoy the beach and relax while others look for adventure. Whatever your preferences are, Tamarindo is a great place to use as your temporary “home” while you explore the different activities here and close by. Many of these visitors fall in love with Tamarindo and come into our office to purchase a property as a second home, or turn Tamarindo into their new home.

The Costa Rican architectural background in fact goes a long way back. Recently, sites where the mysterious pre-Columbian stone spheres were found in southern territories of our country were declared World Heritage by UNESCO. These belong to settlements established in our territory as far back as 200 B.C., and up to the 16th century, when the first Europeans explored what later became our great nation. You can learn about these interesting spheres at World-Mysteries.com.

The human settlements Spanish conquerors found back then consisted of villages with round cottages with stone foundations and thatch roofs that inspire the palapas we now find in several luxury homes and resorts in the province of Guanacaste.

Perhaps the type of architecture that marked our landscape the most was the one brought by our Spanish conquerors. Constructions from the colonial period between 1560 and the mid-19th century are still standing. A lot of them are religious buildings (Catholic churches), simple houses in the original grid of major cities, or hacienda houses.

ABC Real Estate would like to announce the upcoming airing of the HGTV show, House Hunters International, on Tuesday, July 1, 2014, at 8:30pm Costa Rica time, 10:30pm EST, and again at 1:30am EST, featuring the buyer, Nancy McCarter, friend, Karen Kriegshauser, and our own Mark Venegas.


Here’s some very good news for those of us that are interested in making our homes more eco-friendly. The ARESEP (Autoridad Reguladora de Servicios Públicos) has sent out the order, to all of the companies in Costa Rica that distribute electricity, to provide to their customers what is referred to as “grid-connection rights and net-metering privileges,” for solar and wind production. This was published in La Gaceta in early April, and the ARESEP gave them eight months to comply; so, by mid-October, Coopeguanacaste (the company that provides electricity to our area) will need to be ready to provide this service to their customers.

Sales are happening and the real estate market is moving forward. Several homes and condominiums have been sold or are under contract to be closed as you read this. Even Fincas, larger pieces of land, are moving again. As mentioned in the article below, Tamarindo has always been an exciting place to be, full of life and a wonderful mix of energy and relaxation. We are proud to be part of it and hope to be able to make a positive contribution for sustainable development.

Have your street light fixed over the internet.

Yes, you can do it in two easy steps.

2.Fill in the required fields like your name, email and phone and the number of the light post with the damaged light.

As a direct consequence of the amendment to the Law on the Promotion of Competition and Effective Consumer Defense (N°7472) of October 5th,2012, Decree 37899-MEIC was published, containing  an integral amendment to the Regulations of such Law; thus modifying a large number of matters, including mandatory registration of real estate developers and obligation to get pre-approval of option and sales contracts, where buyers are required to make payments before completion and delivery of the project/unit (future sales). Registration of Companies responsible for future sales must be completed by Friday, March 21st, 2014. Please see the information below for a description of the new provisions for future sales of Real Estate.

On a much lighter but interesting note, induced basically by foreign influence, is how the names of different beaches have been “changed.” Here are a couple examples of beaches in the North Pacific, and their real names. 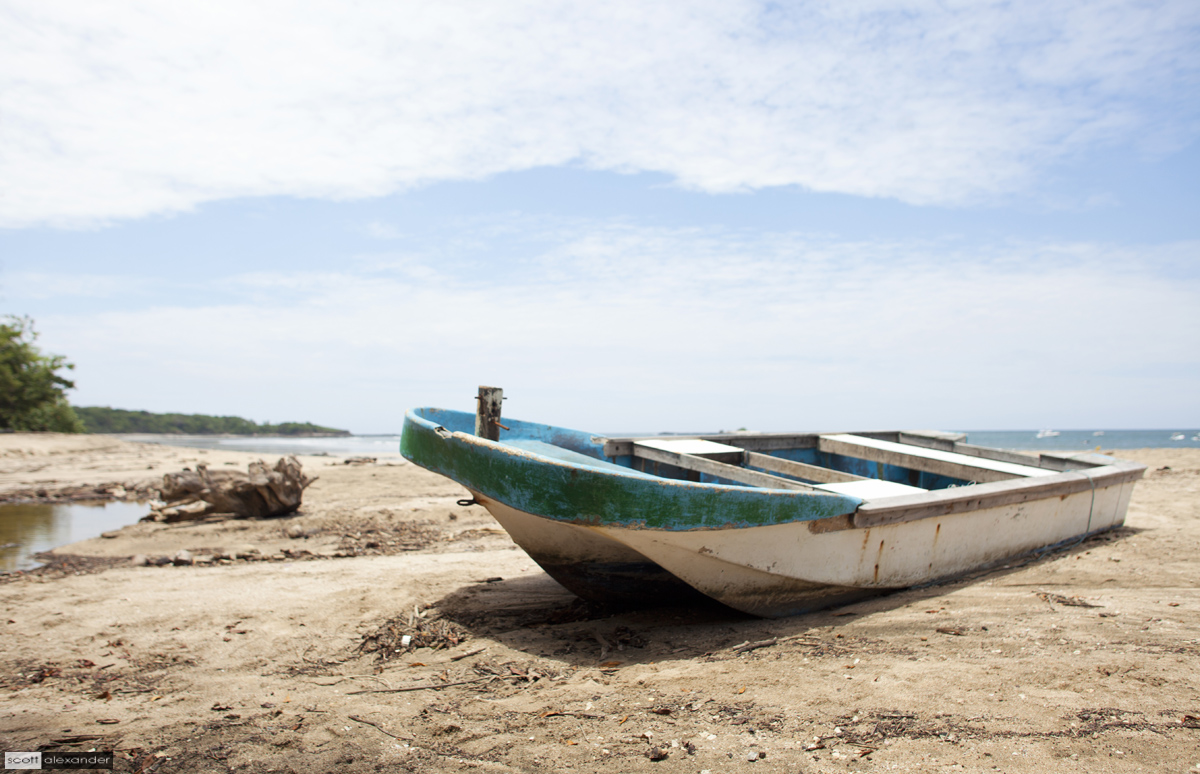 This article is part 4 of an ongoing series that The Costa Rica Star will be publishing with writer and photographer Scott Alexander, chronicling the best places to visit and sights to see up and down the Pacific coast of Costa Rica, over a 12 day period. The following is what happens when an outgoing girl from Miami Florida meets up with her friend here in Costa Rica, and together they go on an adventure of a lifetime.

As I was getting coffee on our second morning in Tamarindo, Myriam (the co-owner of Hotel Luamey where we were staying) asked me if the howler monkeys had woken me up. They had been loud that morning, she said. I didn’t hear them.

About three years ago, I came to Costa Rica for the first time with my daughter, Sydney, and my fiancé, Cinde. We decided to try the Northern Pacific Coast first. Though we stayed at the very plush Westin Resort in Conchal, we continually found ourselves drawn to the small beach town of Tamarindo. We had the time of our lives on our vacation. There were so many things to do and all fairly close. As soon as we got back to the States it was clear that, though we had left Costa Rica, we were still influenced by its charm.